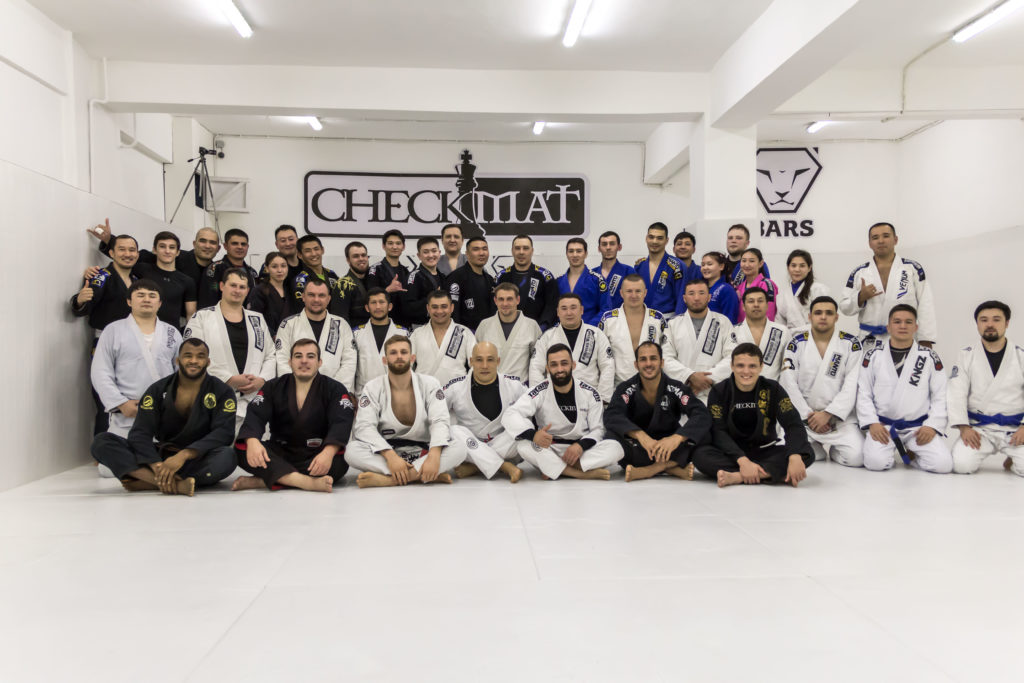 BARS is the official representative of CHECKMAT in Kazakhstan. Supervised by multiple ADCC and world champion Leo Vieira, Checkmat affiliates are among the top 5 Brazilian Jiu-Jitsu academies in the world.

Our coaching staff is constantly developing and passing

Also, within the walls of the native Academy, certification is held annually, both for adults and children.

Students of our Academy BARS CHEKMAT Almaty regularly participate in competitions in the Republic of Kazakhstan and the World and become champions and prize-winners of many city, republican and international championships.

Be a part of our family!

The motto of our club is "Good must be with fists"